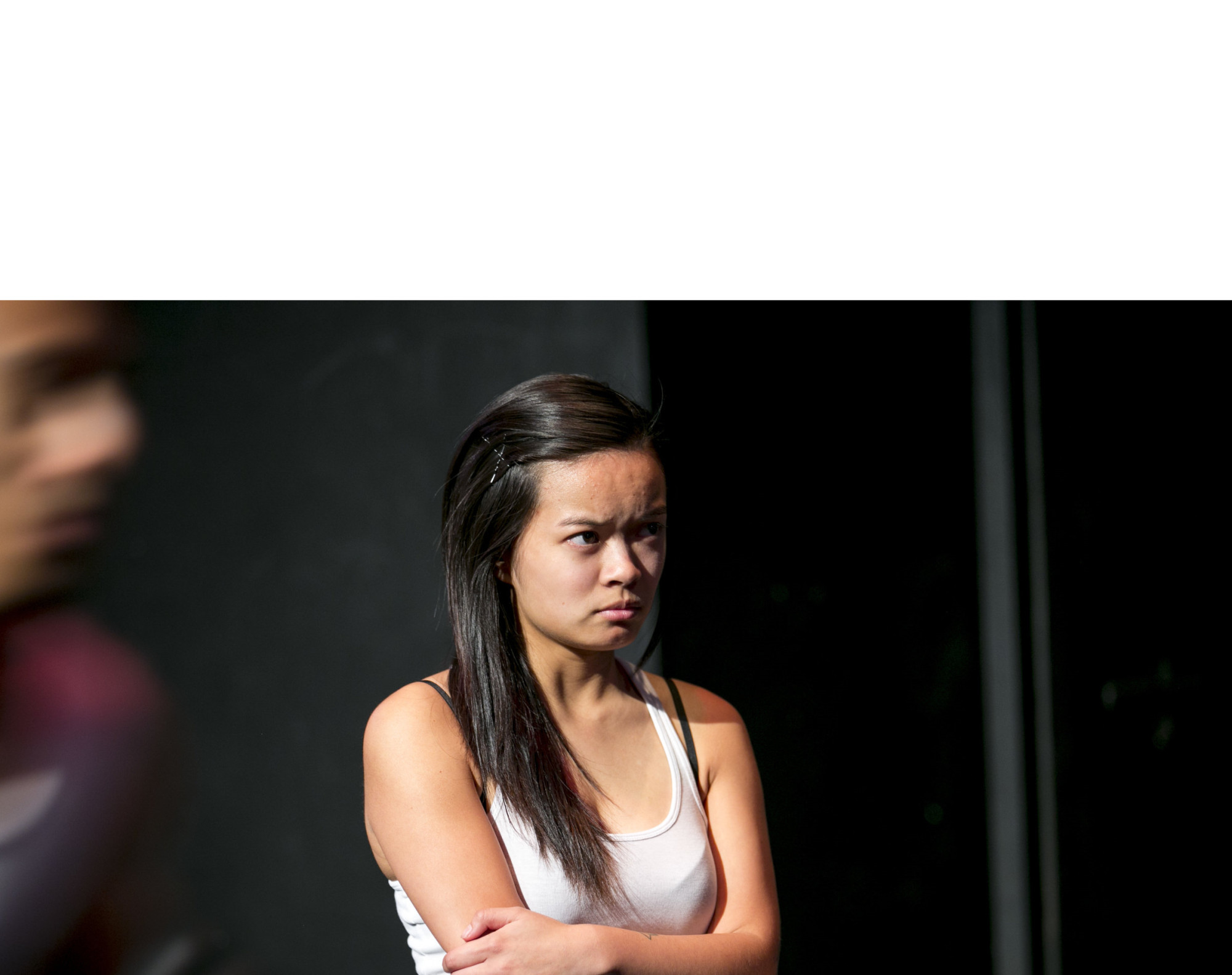 The sciences could have won her over at school, but a love for storytelling drew Piper Huynh to community theatre when she was 15 years old. She never looked back.

‘Just hearing people’s experiences, hearing about their lives and how it affects you, it can influence you and your decision making,’ says Piper.

The idea of interviewing elders and young people from migrant backgrounds in western Melbourne captured her imagination, so she joined the three-year Chronicles project through Western Edge Youth Arts in 2010.

Western Edge took the show – and Piper – much further west, touring the Kimberley to collect stories from elders about respect and culture to weave into performances under the stars in Beagle Bay Aboriginal Community and Broome.

‘If I didn’t do Chronicles, who knows – I’d probably be in a ditch somewhere. It’s one of my pivotal moments in life. I’d probably be doing science somewhere or getting in trouble, I really do not know,’ says Piper.

Her many creative skills flowered on tour. She featured in newspaper and radio interviews, took photos and footage, created multimedia, started a blog and spent time with kindred people.

‘The people I worked with on Chronicles are my lifelong friends, people who’ve been there to guide me as I figure out who I am and what I want to be in life,’ says Piper.

‘Western Edge engages young people who are lost, not really there, or struggling to find who they are. Or they have big ideas and don’t have the resources to do it themselves. For me, it was finding an opportunity to do something I enjoyed.’

A member of the Edge Ensemble and Playback West, Piper also co-founded the AAWE Collective for people who are differently abled or from diverse cultural backgrounds. They debuted at the Big West Festival in 2013.

‘It confirmed my love for theatre and kicked me into wanting to do it as a career,’ says Piper, who studies performing arts at Monash.

Piper is currently working at Melbourne Comedy Festival. She joined WEYA’s Board in 2019.