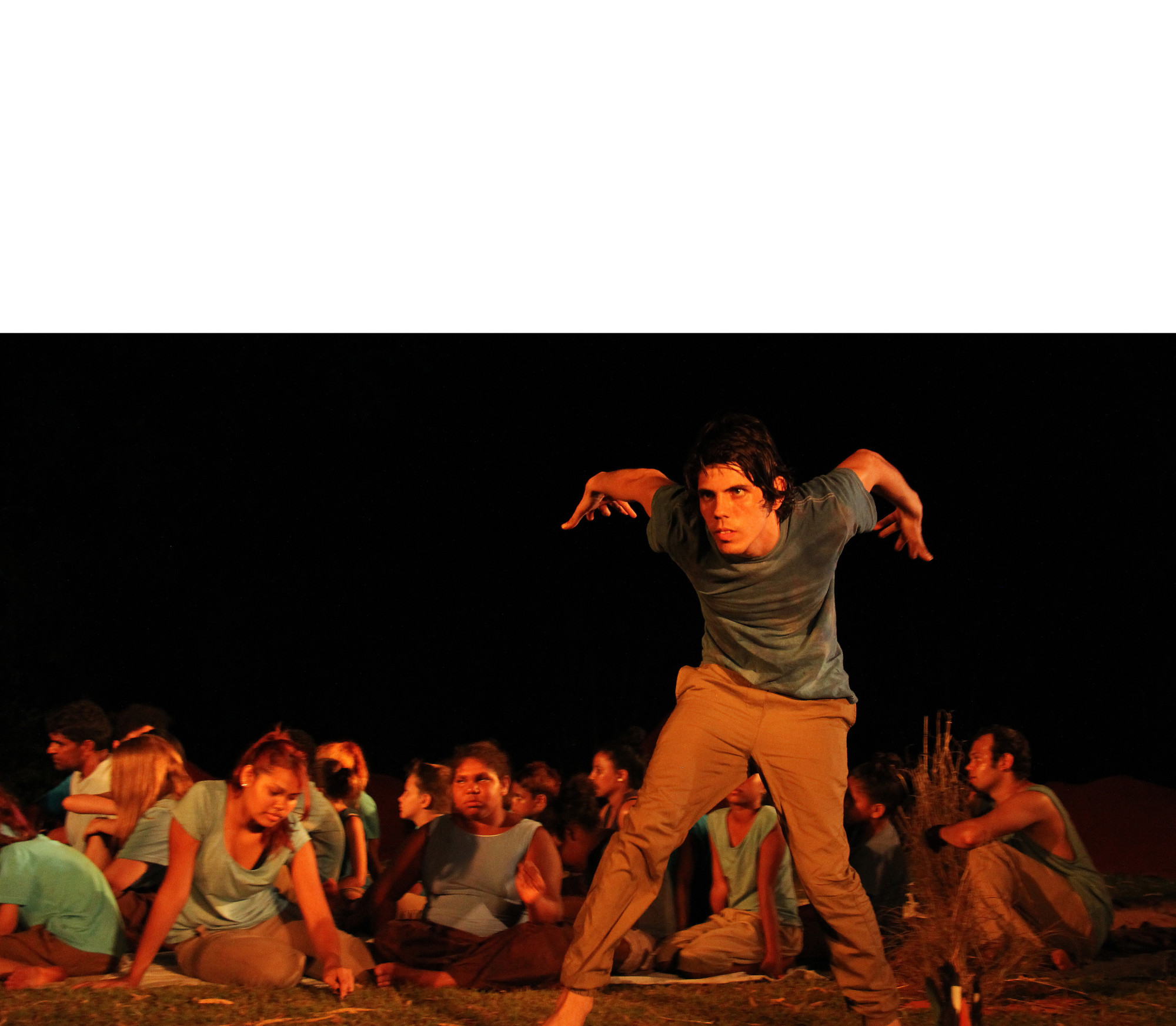 It started with a conversation in the dark of a theatre in Katoomba between Cymbeline Buhler, of Western Edge Youth Arts – and Indigenous performer Kerrieanne Cox. They conceived the idea of bringing a bunch of kids from Melbourne’s west, with refugee backgrounds, to work alongside young people from far north-west Western Australia, and theatricalise a history of Beagle Bay by relaying the stories of elders from the mission.

A few months and several funding applications later, the dream began to materialise. A dedicated team locally and from Melbourne gathered in Beagle Bay – sitting on the ground to listen, building up a script, animating it with contemporary and traditional dance, singing it – turning up the volume on the stories, giving them fresh life in young lungs.

In the process, a continent was crossed, and worlds. New and enduring connections were made. Empowered, respectful, transcultural leaders with a strong and complex sense of their place in the world grew together through an intense creative journey.

One Elder told a story about a childhood under lock and key in dormitories, separated from family and the chance to learn the old stories in a natural and easy way. Her decedents, alongside their friends from refugee backgrounds – carrying their own memories of loss and separation – applied themselves to the retelling of this and other stories with a fierce dedication that was a delight to witness.

Performances were held in Broome for the public, and at the old church at Beagle Bay for the community.

The Melbourne crew left, carrying the Elders’ stories back to Wurundjeri country, and the kitchens and school yards of Melbourne’s west – and into their own ongoing creative work as a talented group of emerging cultural leaders making a profound contribution to the way audiences construct their identities and connection to place in their own communities and beyond.

Meanwhile the Beagle Bay crew was invigorated by the experience and prepared for their own futures as cultural leaders, armed with knowledge to pass on, friends across the continent and well-connected mentors to call on.

This project exemplifies the kind of innovative collaborative projects that Western Edge has fostered over the past 20 years. It is an example of how far we are willing to go to find the stories that cry out to be told, and the lengths we are ready to go to, to open pathways for young artists.

Learn more about this project on ABC Kimberley Radio