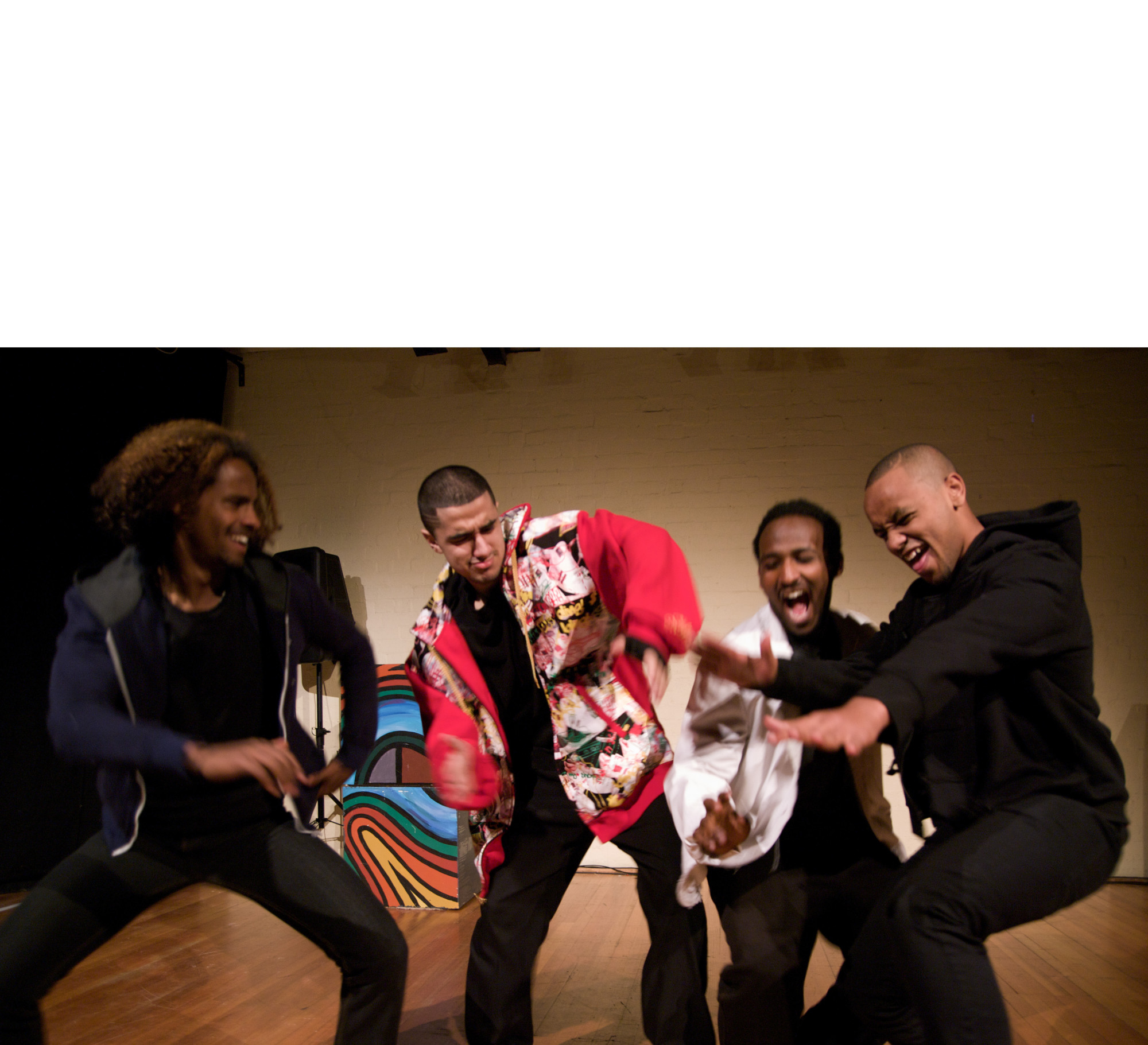 Western Edge’s engagement with communities in Flemington began in 2004. At the time, significant numbers of new migrants and humanitarian refugees were living in this suburb in Melbourne’s inner west, many in the ‘Flemington Flats’ – a housing commission project with a reputation for complex social issues. A high proportion of the population was under 25 and the relationship between police and residents was often tense. Barriers to engagement with the arts for young people in this area were multifaceted: cultural, social and economic.

Through a series of residencies at Debney Park School, Western Edge began to build relationships with a cohort of local kids in late primary and early high school. At first many were shy, even to speak up in class, but as trust built, so did confidence and enthusiasm. Early productions opened up a space for new voices to be heard and for new stories, reflective of these young people’s rich and challenging life experiences, to be told. Subsequent productions incorporated classic texts from a range of cultural traditions and students began to unfold increasingly complex aesthetic sensibilities and nuanced engagement with symbolic elements. Senior students took on mentoring roles, supporting younger children, while also taking increasingly active roles in the creative direction of new work.

By 2012 a talented and sophisticated group of artists had emerged. The Flemington Theatre Group, supported by Western Edge Youth Arts, worked with established artists including Dr Dave Kelman and script writer Cuong Nguyen – who had himself grown up in Melbourne’s west – to develop Black Face White Face and Zamunda. These productions were embraced with fervent enthusiasm by the Flemington community, and have been celebrated as significant works that reflect complex emergent transcultural identities. They have since attracted sell-out crowds for seasons at the Malthouse Theatre and the Melbourne Fringe Festival respectively.

Many of the young people involved in Western Edge’s early work at Debney Park have gone on to become powerful and articulate leaders. Some, including the Flemington Theatre group, work professionally in the arts. Others study law and raise benchmarks for active citizenship, bringing cases to the High Court about police accountability, for example, while also working on the ground to engage with service providers in the struggle to overcome issues such as racial profiling.