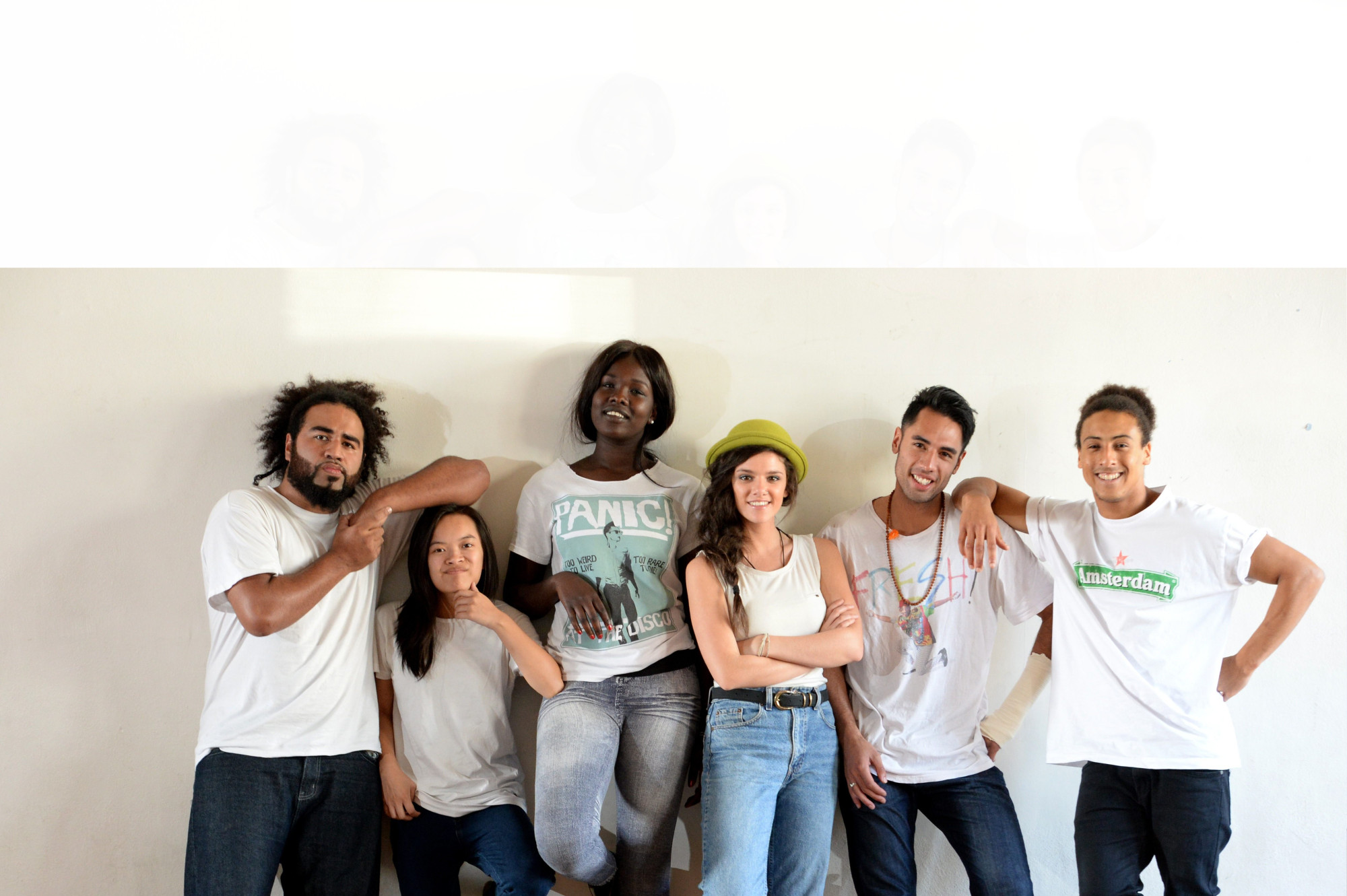 This cultural complexity strongly influences their work and promotes inclusivity within the company and the community. They weave physical theatre, music, and dance into unique performances under the mentorship of co-Artistic Directors Tariro Mavondo and Penny Harpham. The results have been electrifying.

Through our professional development program, ensemble members are being mentored to develop broad performance, theatre devising and writing skills. Some members of the Edge Ensemble also have the opportunity to support WEYA’s community youth theatre projects as workshop facilitators, inspiring others to express themselves through theatre.

Abraham Herasan is an actor and theatre maker who first joined Western Edge as a member of the Flemington Theatre Group in 2011. He has performed in WEYA’s King Lear, Grusha’s Story and Caliban (2016).

Amarachi Okorom is an actress who has been part of WEYA since 2017. She has performed in At First Glance and TIG with the Wyndham Edge Ensemble, and Caliban (2018) with the Edge Ensemble.

Ebony McGuire is an actress who has worked with Yirra Yaakin, ILBIJERRI Theatre Company and wit incorporated. She was inspired to work with WEYA after seeing Six Hours in Geelong and performed in Caliban (2018).

Craig Gungata is a dancer, actor, musician and peer facilitator. He performed in Six Hours in Geelong and Antigone as part of Geelong Edge, and in Caliban (2018) with the Edge Ensemble.

Legrand Andersen is a writer and performer who was awarded Emerging Community Leader of the Year by Maribyrnong City Council in 2010. He played the lead role in Iago for two seasons as part of the Edge Ensemble and in Caliban (2016).

Natalie Lucic is a talented writer and actress. She has worked on projects with Platform Youth Theatre as well as recent Western Edge productions Iago, Scheherazade and Caliban.

Yaw Dadzie is an actor and musician. He has performed in Scheherazade and Iago and played the lead role in Caliban (2016) as part of the Edge Ensemble.

Piper Huynh a writer, production manager and actress who has been a leading figure in WEYA’s community youth theatre projects, Chronicles and Fate, and performed in both versions of Caliban.

Rex Pelman is a skilled musician, member of a hip-hop choir and performer. He has performed and worked as a peer facilitator with WEYA for 10 years.

Ror Akot is a hip hop artist, poet, and actor who recently starred in SBS series, Sunshine. He joined WEYA in 2016 as a peer facilitator at Wyndham Edge and performed in Caliban (2018).

For further details on their next performance click here.